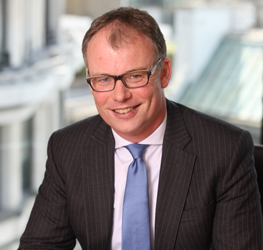 USSL wrote to ‘their colleagues’ (not their beneficiaries!)  on 18th April. They were keen to defend the November 2017 valuation, and announce their intention to complete the 2017 valuation cycle by triggering the cost-sharing provisions in 76.4 of the trust deed on 30th April 2018. This will require increased contributions to the fund from April 2019.

The choice to strongly defend the 2017 valuation at this time speaks volumes. You will be aware that our solicitors wrote to USSL asking for the release to us of the full actuarial valuation and associated reports and correspondence on 12th April. Coincidence?

In the ‘confidential update’ (leaked on Twitter by Oxford UCU) Bill Galvin writes:

“I would like to take this opportunity to state clearly that the valuation process has been thorough, rigorous and comprehensive, and conducted with the highest levels of professionalism and integrity.”

He explains that a significant amount of work was done to make the valuation as robust and as immune to criticism as possible.

“We are disappointed that some wish to cast doubt on the rigour or integrity of the valuation. We firmly believe these doubts are unwarranted.”

“Throughout the valuation process, the trustee has acted, and made its decisions, solely in the long-term interest of the beneficiaries of the scheme, mindful of the participating employers and the covenant underpin they provide to the scheme.”

Well, thanks Bill. We know that you think USSL have been acting in the interests of the beneficiaries. We know that you think that the valuation is robust. Now is the time for deeds and not words. If you stand by the valuation, and the decisions you have made based on it, then have the courage of your convictions. Let us see the full actuarial workings behind the valuation, so that we too can be convinced... Time to show us your numbers, Bill.Click To Tweet

Our letter asked you for:

We’re not asking for anything that you haven’t already got. It shouldn’t take long to collate it.

Time to show us the numbers, Bill.