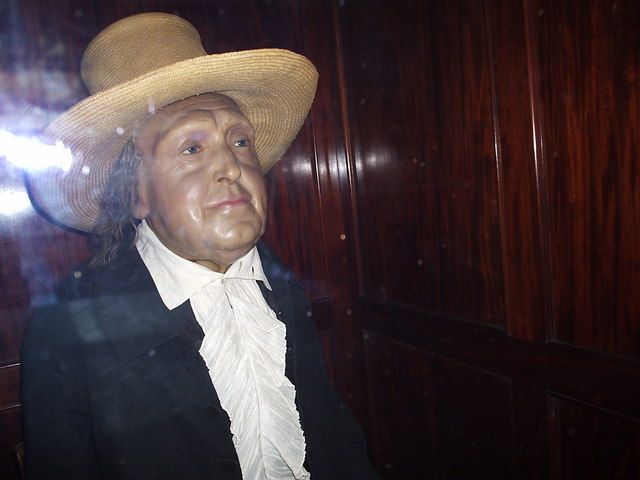 Sam Marsh, University of Sheffield, is a UCU appointed member of the JNC. He is there to advocate for members’ interests. Yesterday, he told us a little story in a twitter thread about how transparent USS is really being.

This is a brief summary: Before joining the JNC, he asked USS for some data. USS said he couldn’t have it directly, but he could ask the JNC to ask for it and they would get to see it. Now Sam is on the JNC, he asked USS for some more data–the sort of data that he needs in order to understand the implications that USS decisions would have for all of our pensions. Incredibly, he got the data. BUT, it came with an iron-clad confidentiality clause that requires him not to share it with anyone, and that “only the trustee has the right to decide whether or not its information is published”. So Sam can see the data, but the thousands of people whose interests he is representing are not entitled to see the data, nor, crucially, are the other experts that Sam would want to consult with in order to get the best representation of members’ interests.

In their letter to us of April 2018, USS Limited have defended themselves on exactly this point by saying that they have “already made available to the membership as a whole significantly more information than it is required to by law in furtherance of its approach to good governance”. Now, to be fair, a lot of information has been released. And USS did release a group of additional documents in response to our letter. This is important new information, but it isn’t the whole picture.

What we particularly loved in their letter was this phrase: “The information already available is sufficient for any competent actuarial and legal advisers to recognise that [USS] is undertaking its responsibilities with the greatest of diligence”.

Now, for those of you who do not routinely receive letters from partners in magic circle law firms whose time costs £1500 per hour, here’s a translation of legalese. It is in fact, a particularly delightful way of saying, “If you and your advisers were even halfway decent at your jobs you’d go away and leave us alone because we’re above reproach.” Or in even less polite terms, “you bunch of arrogant amateurs, how dare you challenge our integrity”.Click To Tweet

Well, we are halfway competent at our jobs, and we’re very happy with the legal and actuarial advisers we have amassed. What they’re telling us is that they need to see the data that USS is steadfastly refusing to release: the data, assumptions and modelling underpinning the 2017 USS valuation. Continued refusals to release this data has meant that anyone trying to understand the justification for restructuring the fund, and the (increasingly variable) size of the deficit has to reverse engineer the numbers. They have to work out the sums from the answers. It’s almost impossible to do. So no, we don’t agree that USS is undertaking its work with “the greatest of diligence” or that what they have released so far is enough.

What’s even more concerning, and the issue that we highlighted in our recent USS Brief, is that USS is interpreting the legal requirements to mean that they themselves are the only people entitled to see the actuarial working underpinning the 2017 valuation. The valuation that threatens the existence of our pensions, and triggered the biggest industrial action in UK HE ever.

So, transparency, huh? Nah. The document release so far gives us the illusion of transparency. It gives us the illusion that the people working for us and advocating for our interests are fully apprised of the relevant information. But it’s fake. We’re reliant on leaks, and Academic Freedom Watch for information that is necessary to us, but is secret as far as USS are concerned. If USS is as committed to “good governance” as its solicitors tell us, then it would go all out for transparency. They’d release the numbers that we, and others, are asking for.

So why this ongoing resistance to transparency? The USS trustee is after all under a legal duty to act in the interests of its beneficiaries and members. Is the confidentiality in our interests? Well we don’t think so. We can see why the USS trustee would want to keep this information secret: full information disclosure will encourage people like Sam to ask difficult questions. We can also see why certain universities would want this information to remain confidential. As this USS brief has demonstrated, certain USS employers have deliberately set out to undermine the pension scheme. These are not the interests that the USS trustee is under a legal duty to protect. The USS trustee is under a duty to protect our interests. Our financial interests have been directly harmed by this information being kept secret. Our financial interests may well be at risk of future harm by USS’s continued commitment to secrecy. So no, we don’t think it’s protecting our interests that is motivating USS.

Which raises the question, what are USS so keen to hide from us? Why are they so keen to prevent ‘our’ experts from accessing the data underpinning the valuation? Then there’s the biggie, what creative way will they come up with to justify not disclosing this information to the JEP when it asks?

Here’s how you can help keep the pressure on. If you think that USS should release the data we’re asking for, please can you:

2) Send an email to the JEP [submit@ussjep.org.uk] and ask them to request from USS full disclosure of the data, assumptions and modelling underpinning the 2017 valuation and to publish a statement when and if that data has been provided. You could also send them a link to this piece and to our recent USS Brief.